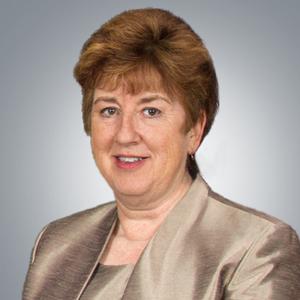 Kim Shaklee, a successful wildlife and marine sculptor, distinguishes herself from other artists by her unique ability to transform static metal into effortless motion.  “Fluidity of lines is of upmost importance in animals and marine life. My desire is not merely to replicate the image of an animal or a marine subject, but rather to make its essence the focal point of the sculpture.”

Notable showings include the prestigious National Academy of Design in New York, Mystic International Maritime Exhibition, CT, Art of the Animal Kingdom, VT, and inclusion in multiple shows held at the National Arts Club and Salmagundi Club in New York.

Kim has received numerous awards including the Gold Medal of Honor from Allied Artists of America, the Paul Manship Memorial Award and the Anna Hyatt Huntington Bronze Medal.  She has garnered several Best of Shows and People’s Choice awards from competitions held throughout the country.

Her sculptures have been the subject of several editorial features in well-known publications, including Art of the West, Southwest Art, Fine Art Connoisseur, Wildlife Art, Sporting Classics, and American Artist. 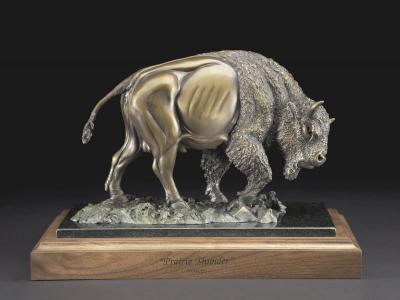 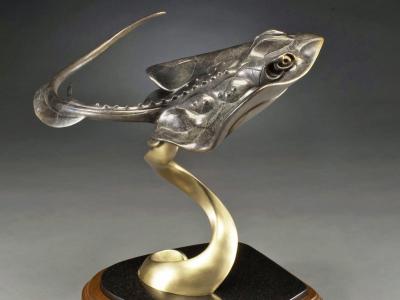 Tanaya and Tanu - Edition of 20 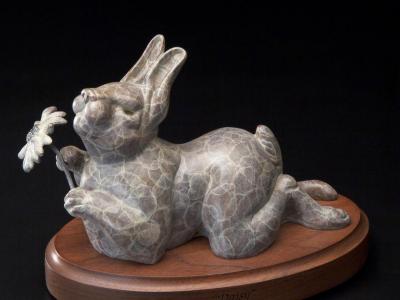 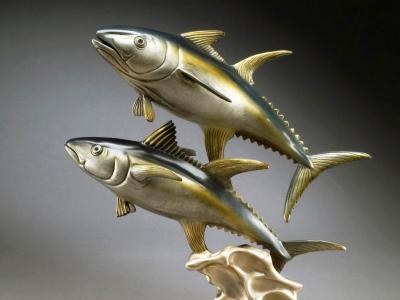 The Daily Double - Edition of 20 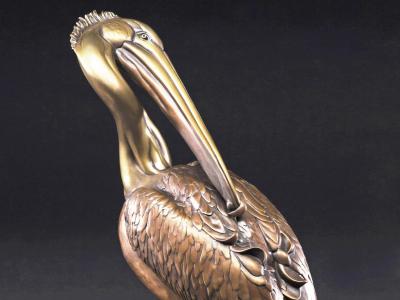 “I have spent the majority of my life studying animals in their natural habitat.

I place a great deal of emphasis on an animal’s personality.  My desire is not to merely replicate the animal; but rather to make its essence the central focal

point of my sculpture.

Using sinuous curves and glassy-smooth surfaces on my works entices people to touch. Often, I incorporate

geometrical shapes and contrasts in texture to make a distinct delineation between the animal and its environment.

My work is as a cross between realism and representational art; with a soft, contemporary flair.  I find that for me, this makes a good balance.”

My passion also lies in presenting my works with unusual patinas.  This is the coloration process that is produced primarily through the use of heat and various oxides and nitrates.

I love all of the possibilities for creating variegated shades of gold, copper, silver, red, brown, green and shades of blue; in addition to all of the wonderful patterning variations.”